Big appetite for data services will drive LatAm growth in 2013

Informa Telecoms & Media (www.informa.com) estimates that the LatAm mobile market will grow 7.1% this year, ending 2013 with 742 million mobile subscriptions. While many developed mobile markets are struggling to continue growing, because of the deterioration of economic conditions, Latin America’s mobile market will prosper in 2013

“There is a big appetite for mobile data services in the region, and such services will be the growth engine for the sector,” says Marceli Passoni, senior analyst at Informa Telecoms & Media.

Although voice will remain the main revenue stream for operators, accounting for 76% of service revenues, data revenues will increase 18% year-on-year, topping US$27.7 billion, according to Informa. The low PC and fixed-broadband penetrations in Latin America, combined with a reduction in smartphone prices and greater affordability of mobile data plans, contribute to the increasing mobile broadband adoption.

Mobile broadband adoption has been the driving force behind strong momentum for LTE technology in the region, with the majority of operators planning to launch 4G services shortly, according to an industry survey by Informa. In contrast to 3G, which took off in developed markets much earlier and faster than in Latin America, more than 60% of operators polled said they would launch 4G services by 2013. LTE-spectrum auctions are also planned in Argentina, Colombia, Jamaica, Peru and Uruguay this year, and the service is expected to go live in Chile and be fully commercially launched in Brazil.

“A key challenge for Latin American operators, however, is that LTE is still a relatively new technology, and one that has yet to generate the economies of scale required to bring prices down,” Passoni says. “Another major challenge is the limited number of 4G-handset models available in the market, and their expense”, says the analyst. Although more than 40 LTE phones have been launched globally, that is still a fraction of the nearly 2,500 3G-handset models on offer. But the number of LTE handsets is expanding rapidly, which will drive down costs.”

As a consequence, in 2013 LTE will represent only 0.3% of mobile subscriptions in Latin America. But given the speed at which LTE is being launched worldwide compared with previous technologies, it is likely to be more widely adopted in the medium term. In 2013, the region will also see strong pressure from regulators against monopolistic practices in the telecoms market.

“Local governments want to strengthen antitrust regulation in the market by restricting the participation of dominant players,” Passoni adds. “In Colombia and Mexico, where America Movil dominates the mobile market, with over 60% share, the discussions will be hot in 2013” 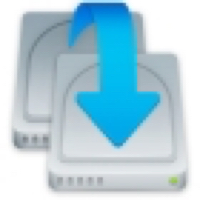