Apple may rolled out a long-awaited, new Mac Pro this spring, according to information reportedly given by the company to an Authorized Reseller in France Wednesday, according to French site “MacGeneration” (http://tinyurl.com/b5o23ak) — as reported by “The MacObserver.”

Apple’s pro desktop is long overdue for an update. Last year CEO Tim Cook said in an email that: “Our pro customers are really important to us…don’t worry as we’re working on something really great for later next year.” 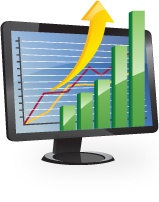 QuickBooks for Mac 2012 ready for Lion

Peachpit releases ‘Mac Design Out of the Box’