The Kindle Fire, which Amazon is widely reported to be sold at cost or below the margin, has been one of the most intensely followed technology product stories over the past year.

A new study from ABI Research (www.abiresearch.com) concludes that the cross-subsidized device model that Amazon uses is a viable strategy. According to senior analyst Aapo Markkanen’s calculations, the firm would need, on average, an incremental profit of about $3 in each month of a tablet’s lifespan to achieve an overall profit margin of 20%.

“Considering the probable margins of app and content sales, our research shows that Kindle Fire is a credible proposition,” Markkanen comments. “We expect that there will be a certain level of ‘innovation plateauing’ in mobile hardware taking place over the next five years, and that would certainly work in Amazon’s favor. Its future devices are likely to require less cross-subsidy than the ones we’ve seen so far.”

Amazon’s mobile strategy is distinctly two-pronged, since besides its own devices the company also offers a popular portfolio of apps running on all major OSes. ABI Research estimates that altogether the Kindle, Amazon Mobile, Cloud Drive, and Price Check apps have seen over 180 million downloads. The already established presence on mobile devices begs the question whether such a platform-agnostic approach would actually serve Amazon’s interests better than investment in a competing ecosystem.
Markkanen doesn’t think so, saying, “Kindle Fire may look like an aggressive push into a whole new market, but it’s more of a defensive play, born out of necessity. If Amazon bet its post-PC future only on the web and apps, it would be dangerously exposed to the likes of Apple and Google. Whoever controls the platform has a more frictionless relationship with the user, and that relationship can become real poison for any third party that relies on the same platform for its own business.” 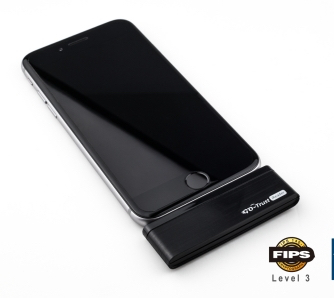