Originally, the U.S. trade agency was scheduled to hand down its final ruling on Jan. 14, which would have been four months after Administrative Law Judge E. James Gildea’s September 14, 2012 preliminary ruling that recommended the wholesale dismissal of Samsung’s complaint. However, in a determination signed on Friday (which entered the electronic docket of the case only today), it extended the target date for this investigation until Feb. 6. 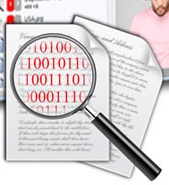