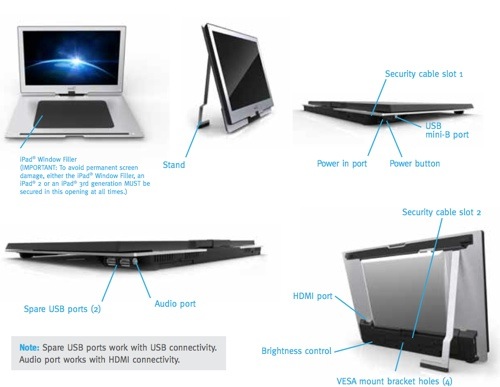 Let’s face it: though Apple likes small and lean, when it comes to computing, you can’t have too big a screen. With Mobile Monitor Technologies’s Monitor2Go you can keep your small tablets and laptops, but add a bigger, secondary screen when needed.

The Monitor2Go works with iPads, iPhones, iPods, MacBooks and iMacs as well as other portable devices and computers. With a 15.6-inch HD+ screen, it boasts a resolution of 1600×1900. With its ultra-portable, super-slim design, the Monitor2Go extends and adds a second screen to the above-mentioned Macs via USB, and also functions as a second display for iPhones, iPads, and iPod touch devices through HDMI.

Using iPhones and iPads in the workplace has become a global phenomenon, but viewing, interacting with, and sharing content on these devices can be extremely problematic due to their small screens. The Monitor2Go helps alleviate this whether you’re working or enjoying personal media content.

It has the added benefit of its patent-pending iPad slot that houses both the iPad 2 and the new iPad. This integrated, brushed aluminum design not only folds to protect and lock the tablet during transport, but also allows the user to share the iPad’s content on Monitor2Go’s larger display at the turn of the wrist. The display is more than 2X larger than the iPad screen itself and features 360 degrees of accessible, viewable screen area.

Finally, you can use your Monitor2Go with any HDMI output device such as an Apple TV by simply connecting to the standard HDMI port on the underside of the unit, which is pretty cool as if offers you a “mini television” set-up.

By the way, before using the Monitor2Go with your Mac you’ll need to install the driver software at http://displaylink.com/support/downloads.php or install it from the included CD. You connect the Monitor2Go to your Mac via an USB cord. 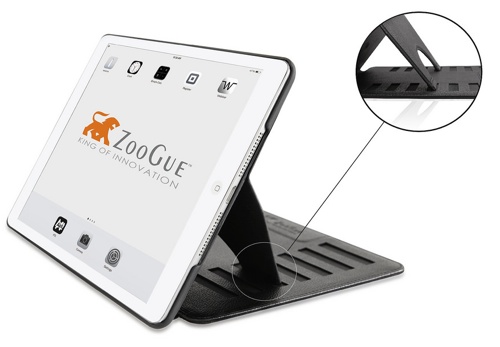