Parallels Desktop 8 vs 7: should you upgrade? 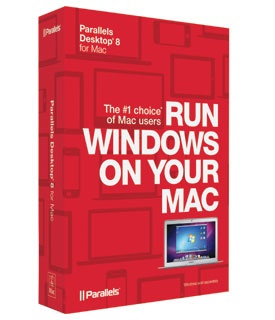 MacTech Labs puts the new Parallels Desktop to the test to answer this question.

One of the most frequent questions we’ve been getting recently is “Should I upgrade to Parallels Desktop 8?” Even though this new version shipped several weeks back, we generally like to wait a bit as the updates for virtualization software that follow a major release often make a difference.

We decided to put Parallels Desktop to the test and compare version 8 to version 7, the previous version. This comparison is only about speed, and not about features.

And, because it can make a difference on the overall performance, we had not only Windows installed, but also Microsoft Office 2010 (something so many users commonly use virtualization for).

• Launching the virtual machine from suspend took 15% less time if Parallels was already launched (33% less time on the MacBook Air).

• Compressing files, normally a difficult item to improve, took 11% less time to complete on a MacBook Pro. It took 7% less time on the MacBook Air which, given the performance of the SSD, gives a good indication on processing capabilities.

• Overall Graphics (3Dmark06 Score) on both the MacBook Air and MacBook Pro was about 10-11% faster.

• If you were launching a suspended virtual machine from the Finder (i.e., Parallels Desktop application wasn’t already launched), then it took 10% more time. It appears this is due to requirements from Apple related to Apple’s push towards the App Store. (Parallels Desktop is not yet available on the App Store, but it appears they are preparing for someday that current App Store limitations that affect virtualization software will be resolved).

• Launching the virtual machine with a full Windows boot was nearly identical on the MacBook Air.

If you’ve never heard of 3DMark, it’s the most popular 3D game performance benchmark. Specifically, “3DMark06 is a PC benchmark suite designed to test the DirectX9 performance of your graphics card.” A 3DMark score is an overall measure of your system’s 3D gaming capabilities, based on comprehensive real-time 3D graphics and processor tests.” Often, PC gamers will use 3DMark06 to tune their gaming platform. See http://www.futuremark.com/ .

In answer to the question “Should I upgrade to Parallels Desktop 8?” In short, if you are using virtualization regularly, the answer is a resounding yes. There’s a feel to the environment that is just smoother across the board, and the faster boot time, disk performance, and graphics are both welcome and noticeable.