“According to sources familiar with the matter, Apple is in early discussions to integrate local information culled by Foursquare Labs in future offerings for the iOS and OS X. The talks, led by Apple senior vice president Eddy Cue, are being run in parallel with discussions at other companies that collect local data to improve what is viewed as a flawed initial offering of Apple’s own map and navigation application.” — “MacNN” (www.macnn.com)

A filing with China’s telecommunications regulation body discovered on Tuesday reveals that Apple has acquired the network licenses needed to start sales of its cellular-enabled iPad mini and fourth-generation iPad.” — “AppleInsider” (www.appleinsider.com)

“Is N.Y. wooing Apple for an upstate chip plant? Gov. Cuomo is looking to lure high-tech manufacturing to his state.” — “Computerworld” (http://tinyurl.com/bunqslo)

“Apple, Nvidia may stack graphics for Macs, iPads: Nvidia could develop chip stacks for Apple that would make for some pretty interesting iMacs, Macbooks and iPads. I’m just speculating on industry rumors, but it makes a lot of sense.” — “EE Times” (www.eetimes.com) 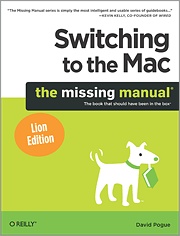 New ‘Missing Manual’ looks at switching to the Mac