ITC judge rules in favor of Apple, others in patent infringement case

A U.S. International Trade Commission has ruled in favor of Apple, Intel and HP in a case involved processor patent technology infringement claimed by X2Y Attenuators..

“The Wall Street Journal” (http://macte.ch/O5Emf) reports that In his ruling, ITC Administrative Law Judge David Shaw not only cleared the three companies of any wrongdoing, but determined the patents asserted by X2Y to be invalid.

The patent infringement lawsuit involved, among other things, the iMac and its use of Intel processors. The lawsuit was filed in June 2011 by X2Y Attenuators. The company claims Apple’s 27-inch iMac, utilizing a 3.2Ghz Intel Core i3 processor, is in violation of five patents it has registered with the U.S. Patent and Trademark Office, as is HP’s TouchSmart 610 Series PC.

X2Y Attenuators (http://www.x2y.com/) describes itself as an “Intellectual Property Company that develops advanced passive component solutions for the electronics industry. Founded in June 1996, the company is headquartered in Nevada and has its main office in Erie, Pennsylvania. 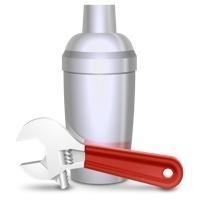