“Apple may make a bid to buy the mapping company TomTom to help improve its own iOS 6 Maps service, according to Rabobank International analyst Hans Slob. TomTom already provides some map data for Apple, and owning the company would allow for faster improvements to Maps.” — “The MacObserver” (www.macobserver.com)

“Apple is working with component suppliers in Asia to test several TV-set designs, people familiar with the situation said, suggesting the U.S. company is moving closer to expanding its offerings for the living room.” — “Wall Street Journal” (online.wsj.com)

“A Russian security firm with a mixed track record is warning about a new malware threat for the Mac, which masquerades as an installer for various types of software. Doctor Web, who claimed to have discovered the malware, says it is widely available on various sites — though at present it is targeting Russian Mac users. The Trojan is apparently a Mac variation on a widespread Windows and Android trickware ruse that asks users for their cell number in order to send an activation code by SMS.” — “MacNN” (www.macnn.com) 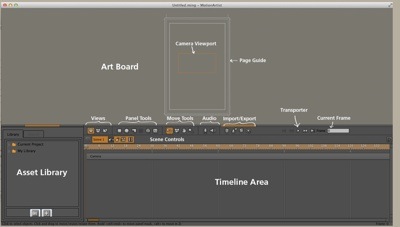 MotionArtist is new digital comics creation tool for the Mac