In the coming year, the “Internet of Things” will change how consumers and enterprises use technology, interactive displays will become common in public spaces, robots will be used to rehabilitate patients, and visualization will help solve the big data problem.

Those are just some of the technological advances that experts from the IEEE Computer Society, a membership organization for technology leaders, foresee in 2013.

“The promise for the coming years is not just technology,” says incoming IEEE Computer Society President David Alan Grier. “But technology and data–how we get data from the right sources and get it to the right people in the right forms. That is the big issue that engages many of our members.”

Among the major advances that IEEE Computer Society experts forecast for 2013:

° Visualization will help solve challenges of big data. In this data-driven era, the ability to make timely decisions based on data is crucial. As all fields confront the big data problem in 2013, visualization will become an increasingly effective tool for presenting information and driving complex analyses.

° Mobile computing will meet the cloud. In 2013, expect to see further intersections between mobile and cloud computing. The deployment of 3G and 4G networks, the rapid adoption of feature-rich smartphones, and the growing integration of computation into consumer products such as cars and home appliances, have brought these technologies into the mainstream.

° Concern will increase over Internet censorship and control. Invented as a way to spread innovation and new ideas, the Internet has become a battleground for technical, social, and political control. In 2013, expect to see these battles continuing, in the form of Internet filtering versus circumvention, surveillance versus anonymization, denial-of-service attacks and intrusion attempts versus protection mechanisms, and on- and offline persecution and defense of online activists.

° New multimedia applications will emerge for 3D printing. From architecture to entertainment and manufacturing to security, 3D printing and multimedia has become increasingly incorporated into real-world applications. The extraction of 3D information has been studied in the field of computer vision for more than three decades, but remains challenging.

° New approaches to securing safety-critical systems will emerge. With driverless cars, networked patient care, and personal apps on the horizon, and the advent of new control systems for air traffic, nuclear power plants, and military protection, researchers in 2013 will increasingly turn their attention to ensuring the security of safety-critical systems.

° Reliability will become the biggest design challenge. Over the past decade, power, performance, and cost have been the biggest design priorities. But in the coming era, designers will turn their attention to creating robust and reliable systems. Without innovations in the areas of microprocessor and software reliability, researchers warn, future systems may face continuous failure.

° Haptics will become more useful for rehabilitation. The science and technology of haptics has great potential to affect the outcomes of rehabilitation and adoption of advanced prosthetic and orthotic devices. Researchers are making great strides in using haptics to aid stroke and spinal-injury patients and to create more effective devices to enable mobility for lower- and upper-extremity amputees.

° Use of shared memory will advance for multicore processing. Multicore processing has the potential to vastly increase computing speeds, yet researchers are still exploring how best to allow for shared memory on a single node. This challenge must be resolved in order to move into a future where each mode could hold up to 1,000 cores. 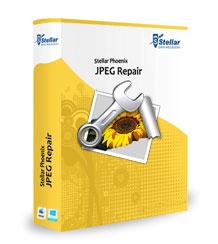 Scratch and win a MacBook at iPlaylounge

‘MacVoices’ looks at the iPad mini