Mildura (Australia) police are urging driversto be careful when relying on the Maps app in iOS 6 after a number of motorists “were directed off the beaten track in recent weeks,” reports the “Victoria Police News” (http://macte.ch/LqamC).

Local police have been called to assist distressed motorists who have become stranded within the Murray-Sunset National Park after following directions — or, rather, mis-directioins — on their iPhone. Tests on the mapping system by police confirm the mapping systems lists Mildura in the middle of the Murray Sunset National Park, approximately 70km away from the actual location of Mildura, says the “Victoria Police News.” 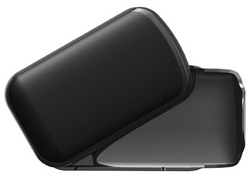 Eco Holster released for the iPhone