MetaEdit+ 5.0 lets you create graphical domain-specific languages and code generators in a few hours. The graphical notations go beyond plain icons and links; they can change on the fly depending on model data, be nested to unlimited depth, retrieved from libraries, and have a fixed or dynamically varying number of ports to connect to. The new features allow domain-specific models to mimic closely the problem domains they describe.

The new version integrates into programming tools like Visual Studio and Eclipse. Software developers get one-click access from their IDE to MetaEdit+ models, can integrate generated code with hand-written code and libraries, and automate their build process.

Application functionality can be traced and debugged on both the code and model levels simultaneously. On the modeling side, the new version aims to minimize the modeling work needed, reports problems in models instantly, and can graphically highlight the changed parts of a model.

Version 5.0 further simplifies language creation for the growing number of organizations interested in generating code from models, according to the folks at MetaCase. Updated language definition tools offer enhanced control, and an intuitive interface eases the task of language creation.

The development of code generators is improved with new generator functionality and enhanced generator debugging tools. As manual coding isn’t required, modeling languages can be immediately tested during development, with existing models updating automatically in response to language changes.

MetaEdit+ 5.0 is available with subscription or permanent licensing, with an organization’s first license costing as little as 150€ per year. Included in the new release are several new example languages and code generators, including Android, Windows Phone, and PLC.

Domain-specific languages and generators made with earlier versions update automatically in the new version. The evaluation version is available to download for Mac OS X, Windows, and Linux platforms. 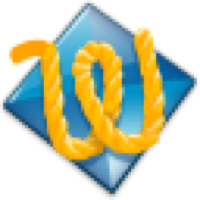