I sort of equate the notion of Facebook as a democracy in the same way I view Egypt’s current “democratic” political struggle. Facebook’s stab at user democracy flies in the face of a history of self-serving policies thrust upon its”community.”

The FTC has had to slap Facebook down over unauthorized changes to user agreement terms that were in the way of doing exactly what the supreme emperor, Mark Zuckerberg, wanted to do. It is all about making money, rather than user comfort, that consistently rules the day.

Where was Facebook democracy when facial recognition was rolled out without Facebook even bothering to notify users? Zuckerberg has bowed in form alone to the notion of democracy, but I wager his heart isn’t in it. Consent decrees tend to bend companies to at least appear to comply.

As we have seen in totalitarian countries around the world, the notion of democracy sounds great in theory, but it sure gets in the way when authorities really want to do something the ignorant rabble doesn’t want. Damn the masses, just do it. “Let them eat cake” the rulers of France proclaimed when informed the people were starving for lack of bread.

The problem with democracy is that the vast majority of people barely notice intrusions on their basic freedom takes place. At the end of the day, the only way to actually veto Facebook actions is to — gasp! — close your account. Competition is really the only way corporate abuses can be moderated. Monopolistic policies need to be controlled by the government to allow competition to thrive and to force Facebook to keep its word. Europe is far harder on Internet companies’ abuse of user agreements than the US is.

I find it irritating that when I try to access someone’s Facebook post, I get an invitation to join Facebook, which I never plan to do. A billion users is certainly enough, they don’t need me to join. Considering Facebook to be universal falls right into the emperor’s greedy hands like ripe fruit. 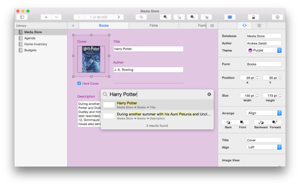