Joyn to take on Apple’s iMessage

iMessage is a texting service that Apple first rolled out with iOS 5. It’s free for those texting over Wi-Fi using an iOS device or Mac with iMessage. And it’s unlimited.

The Joyn service is being launched by Telefonica’s Movistar, France Telecom’sOrange and Vodafone. It will offer free messaging and, in some cases, free calls. Other European wireless firms, such as in Germany, are expected to offer the Joyn messaging service, according to “Investor’s Business Daily.”

Aspyr to publish Return to Castle Wolfenstein for Mac 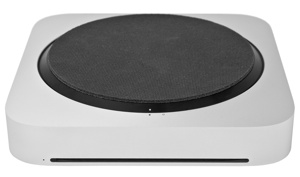 NewerTech announces NuPad base for the Mac mini