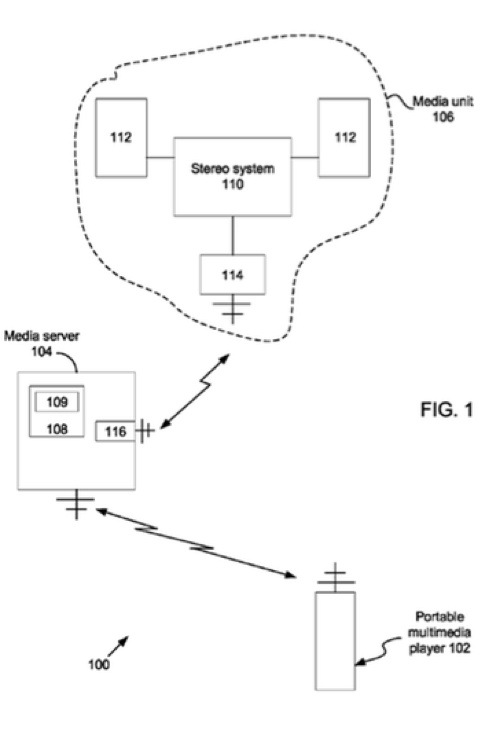 An Apple patent (number 8315746) for using a portable media player as a remote control has appeared at the U.S. Patent & Trademark Office.

Here’s Apple’s background on the invention: “Due to the increasing capacity and capability of personal computers, it has become popular to use a personal computer as a repository for multimedia content, such as songs, movies, etc. Particularly with music, the increased popularity of storing multimedia data (in the form of digital audio files having various formats such as MP3, AAC and AIFF) on a personal computer has resulted in a variety of products and services.

“For example, music players (e.g., MP3 player), such as the iPod multimedia device, and media management applications, such as iTunes software, which as produced by Apple Inc. of Cupertino, Calif., are popular products. With the ability to store large numbers and types of digital audio files in such portable music players, services (such as iTunes Music Store provided by Apple Inc. of Cupertino, Calif.) have been developed that allow consumers to purchase music (and other digital multimedia data) in a form suitable for storage and playback using portable music players and personal computers. In so doing, many consumers use their personal computer as a primary vehicle for obtaining, storing, and accessing multimedia data.

“Although the quality of multimedia playback by computers has improved dramatically in the last several years, these systems still lag behind typical entertainment devices (e.g., stereos, televisions, projection systems, etc.) in terms of performance, fidelity, and usability for the typical consumer. Therefore, in order to utilize the higher quality playback systems, it has become common to install home network systems whereby an individual’s personal computer is linked (either wirelessly or wired) to a home entertainment system forming in the process a media system.

“The media system integrates several interfaces and feature sets into an integrated platform. In this way, the individual is able to listen, view or otherwise access this multimedia data stored on a personal computer using these various entertainment devices. For example, a wireless network interface (e.g., 802.11g based Airport Express wireless network interface manufactured by Apple Inc. of Cupertino, Calif.) communicates wirelessly with other devices and to serve as a wireless base station or as a repeater (to increase the range of a pre-existing wireless network).

“For example, if a listener is in a living room listening to music being streamed to a living room based stereo by a computer wirelessly linked thereto located in an upstairs den, changing the song being played would require the listener to physically walk to the upstairs den where the computer was located and select the desired song.

“One approach used to solve the problem of remote access and control is provided by a zone based system exemplified by Sonos Digital Music System manufactured by Sonos, Inc. of Santa Barbara, Calif. that utilizes distributed units (Sonos Zone Players) and a controller unit (Sonos Controller). Unfortunately, these units require substantial investment in equipment in order to provide the requisite zone based remote access and control. For example, Sonos Digital Music System requires a user to purchase, or otherwise acquire, a controller as well as one or more zone players depending upon the area.

“Therefore, what is desired is a system that leverages existing devices (such as an iPod, AirPort Express, a Mac running iTunes) to provide the remote access and control that would otherwise require the purchase of specialized equipment such as zone controller units and zone players.”

The inventors are Steve Ko and Stephen O. Lemay. 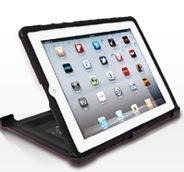