A Korean property rights regulator has revealed that Apple has taken control of 1,024 patents and patent applications from the Rockstar Consortium, a bidding group led by the Cupertino company that won an auction for a package of Nortel patents in 2011, reports “AppleInsider” (www.appleinsider.com).

The article adds that, as a major contributor to the Rockstar Consortium (formerly called Rockstar Bidco) Apple already had access to the pool of about 4,000 former Nortel patents, but it appears that the company wants full rights to the IP. In February the purchase of a number of Nortel Networks patents by a partnership that includes Apple, Microsoft and Research In Motion passed antitrust scrutiny by the US Department of Justice.

In August 2011, Nortel Networks Corp. (www2.nortel.com) announced its subsidiary, Nortel Networks Limited (NNL), and certain of its other subsidiaries, including Nortel Networks Inc. and Nortel Networks UK Limited (in administration), have completed the sale of all of Nortel’s remaining patents and patent applications to a consortium consisting of Apple, EMC, Ericsson, Microsoft, Research In Motion and Sony, for a cash purchase price of US$4.5 billion.

In 2011 Nortel sold its optical networking and carrier ethernet business to Ciena for US$769 million and its wireless business to Ericsson for $1.3 billion. was founded in 1895 as Northern Electric and Manufacturing, supplying telecommunications equipment for Canada’s fledgling telephone system. It grew to become, at one point, a global leader in delivering communications capabilities.

Motorola Mobility fails to win injunction against Apple in Germany 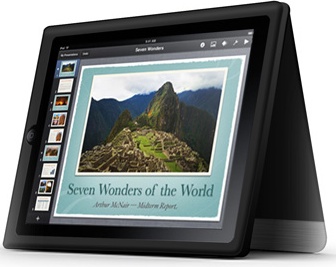