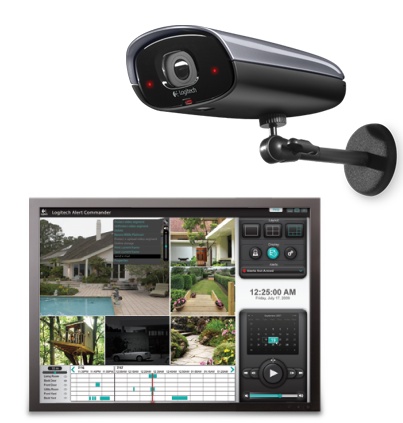 The new Mac software works with all Logitech Alert security cameras. The Alert Commander for Mac is now available to download for free from the Mac App Store and supports Mac OS X10.6.8 and higher. Logitech Alert is a complete video security system in a box, featuring software, free remote viewing and free iOS, Android and BlackBerry apps.

With Logitech Alert Commander for Mac you can view live and recorded video from your cameras in HD resolution, and back up recorded video from your cameras to your Mac. Account and security settings also let you ocontrol digital pan, tilt and zoom of cameras, set up motion zones for individual cameras, and create and manage e-mail and mobile-phone motion alerts or desktop notifications of important events.

Logitech Alert uses HomePlug networking, which removes the need to run wires or bother with network configuration. Simply plug your camera into a power outlet, and HomePlug uses your existing electrical wiring and outlets to connect your camera to the network and transmit video securely.

DRM-free songs from EMI available on iTunes in May