In the past I’ve written about my wishes for a true Apple home server – not something intended for a business, but something that anyone could run. Apple may have waited too long, as LaCie has announced (http://macte.ch/ldbPD) an all-new network storage solution that connects the entire family to their music, movie and photo files.

As far as Apple is concerned, there’s been progress. We eventually got a Mac mini with a server on it, though it’s targeted to businesses. We may still need the “iHome Server” (though we’ll have to come up with a new moniker as there’s already a company called iHome) if the LaCie products fall short (look for our upcoming review).

With Automator, it should be easy to create an appliance that can be the center of our media lives and to our home automation. Combine this with Apple’s app stores, and you have an idea of what I’m talking about — and something that Microsoft is apparently trying to accomplish.

A 2010 consumer survey conducted by ABI Research (http://www.abiresearch.com) reinforced my thoughts that an “iHome” would be a good idea. The research group found that while most owners of home networks find their equipment works reasonably well, they would be willing to upgrade if that resulted in easier troubleshooting. The conclusion: there’s an opportunity for home network equipment vendors if they can automate some of the commonest diagnostic and configuration tasks.

And who better to do this than Apple? Perhaps an iHome Server coupled with iCloud for a combination of personal and “cloud” storage …

Or perhaps the LaCie offering will be so useful that the point is moot. Stay tuned. 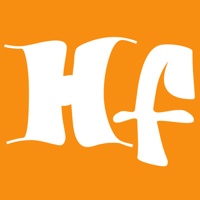