Apple has been ordered by the UK Sanctions Court to pay Samsung’s legal fees after the company was found to have not complied with a previous determination demanding a notice be posted to its website saying the South Korean company didn’t infringe on the iPad’s design, reports “Groklaw” (http://macte.ch/HkOWK).

In October, as ordered by a U.K. judge, Apple updated its UK website saying that Samsung didn’t infringe on its patented iPad design. Apple also included the judge’s determination that Samsung devices are “not as cool,” as well as three paragraphs of non-compliant text between the ordered material’s two paragraphs.

The UK Court wasn’t impressed and Apple was ordered to rewrite and repost the notice. The court also found Apple’s compliance with the order regarding newspapers and magazines “lackadaisical at best.” 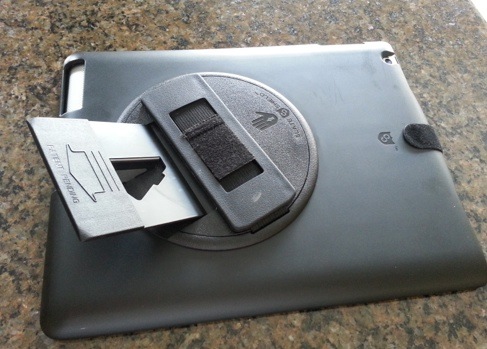 Slate Shield useful for using your iPad for photos, video