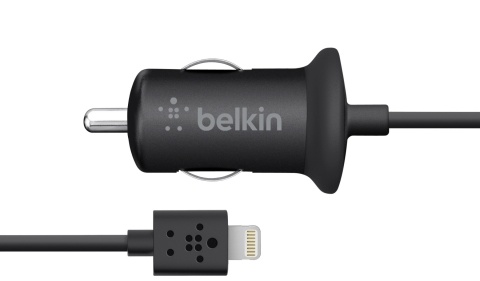 The Belkin Car Charger for Lightning ($29.99) is an updated version of Belkin’s slim-profile car charger. The 10 watt, 2.1 amp device is available in black.

The $29.99 Belkin Charge + Sync Dock is “case-compatible” and boasts a cable channel for easy cable feeding and a removable magnetic base, says Avila. It also has an EarPods audio-out port for headphones or speakers.

Lightning accessories from Belkin are available for pre-order now on www.Belkin.com ; they’ll be available starting in mid-November.