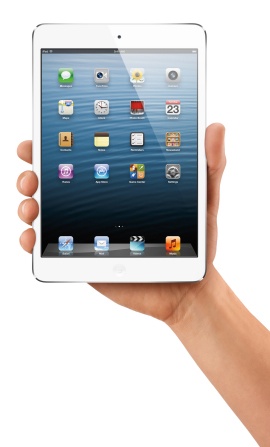 In a note to clients — as reported by “AppleInsider” (www.appleinsider.com) — Piper Jaffray analyst Gene Munster — thinks Apple will sell up to 1.5 million iPad minis this weekend when it launches.

By some estimates that’s a modest start, though the analyst thinks that’s just the tip of the iceberg. Why the “soft” beginning?

There won’t be any 4G LTE models available at launch. Those versions of the iPad mini are scheduled to launch later this month.

Munster also thinks the “newness” of the smaller iPad may put folks off at first. “Consumers will gradually realize the benefits of the smaller form factor, which will drive adoption, although it may not take form in lines for tomorrow’s launch,” he says.