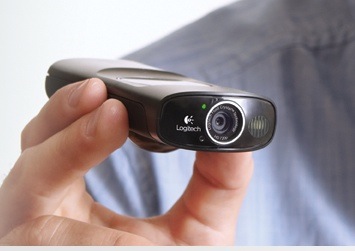 Logitech has announced the US$199.99 Logitech Broadcaster Wi-Fi Webcam. It’s made for video professionals, bloggers and hobbyists.

The Webcam supports live streaming, shooting videos from two different angles or video chatting on your Mac. For example, you can stream live video directly to Ustream, and use an iPad, iPhone or Mac to control and preview the video. The Logitech Broadcaster can also act as a second video camera, adding a complementary perspective to capture content beyond your Mac’s embedded webcam.

Its wireless connectivity gives you the ability to shoot from virtually any angle you want. For richer and more dynamic video content, you can easily capture the two views and stitch them together, says Mike Culver, vice president of brand development for consumer computer platforms at Logitech.

The Logitech Broadcaster Wi-Fi Webcam is expected to be available in the U.S. and Europe later this month. For more info go to www.logitech.com .

Internet at the speed of light