Lost in Night comes to the Macgamestore 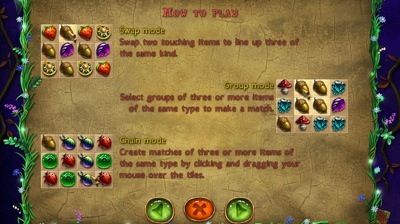 Rumbic Studios’ Lost in Night is now available at the Mac Game Store (www.macgamestore.com). It requires Mac OS X 10.4 or higher and costs US$6.99.

Here’s how the game is described: “While other Match-3 games support only one gameplay mode (Swap or Chain), Lost in Night goes a step further by now including Group, a third, new gameplay mode. Swap pieces between spots, trace a “chain” between identical pieces, or — now — explode groups of similar colors. And to complete a level, destroy the marble plaques. It’s harder than it sounds! Another game exclusive is the shape of the playing field: Lost in Night offers a traditional rectangular field as well as an innovative six-sided one for a greater challenge.”