On Monday Apple replied to the latest motion for a Delaware stay in its legal battle with HTC. The requested stay involves over six patents that Apple asserted earlier this year in Florida.

Apple’s motion “implores the court to have mercy on Apple and to go ahead with at least the six patents at issue in this particular case,” according to “FOSS Patents” (www.fosspatents.com). Apple’s filing addresses HTC’s case-specific arguments but mostly focuses on the broader picture. 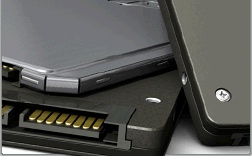