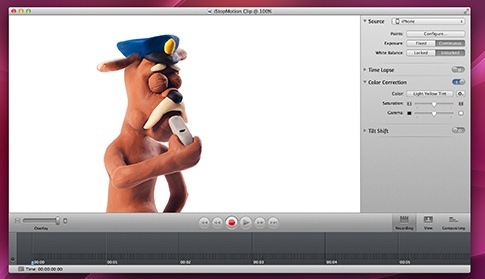 iStopMotion is targeted to kids, parents, brickfilmers, pro animators and, well, anyone who wants to try their hand at stop motion animation. In case you’re not familiar with the movie making technique, stop motion (also known as stop frame) is an animation technique in which you make a physically manipulated object appear to move on its own. The object is moved in small increments between individually photographed frames, creating the illusion of movement when the series of frames is played as a continuous sequence.

Anyone who is familiar with the films of Willis O’Brien, Ray Harryhausen, Jim Danforth, David Allen and others have experienced the process at work. For example, think of the original “King Kong” film or “The Golden Voyage of Sinbad.” Or check out the upcoming “Frankenweenie” by Time Burton.”

iStopMotion isn’t going to instantly make you into a filmmaker on the level of the aforementioned icons. But it can set you on that path. Despite its plethora of powerful features, it’s easy to get up and running quickly.

The software’s onion skinning lets you see what the animation is going to look like before you capture the frame, which can save you lots of time and aggravation. Flipbook printing lets you print your animations in a format that easily folds into a flip book to take them with you.
In StopMotion, you can overlay your animation with a picture or video with transparency to achieve some eye-popping effects. The software is versatile; it can use a variety of video cameras, video capture devices and digital photo cameras with support for OS X capture technologies. It offers a lot of control over your camera, including image hue and saturation, color balance, and focus. iStopMotion also offers instant playback, allowing you to watch your animation before it’s finished to see if it’s working out the way you wanted.

Among the effects available in iStopMotion are: Tilt Shift, which makes your scene look like a miniature; Rotoscope, in which you can use another movie as a guide for your animation; Time Lapse, which speeds up slow processes such as a sun setting; Chroma Keying, which lets you do things like animate dinosaurs into real background pictures or movies, or put an actor into an animated scene; Live Video Overlay, which controls how much of the last frame vs how much of the live camera you see; and the ability to use a pre-recorded sound track and animate to it.

iStopMotion boasts a voice activation feature so you can trigger image captures with a voice command. That’s extremely useful if you’re a film production crew of one and are busy manipulating those Johnny West action figures from your childhood.

iStopMotion records and stores each frame individually and can export to any format supported by OS X, including Full HD. You can export your work to iMovie, Final Cut Pro X or another video editing app to edit, add titles and sound effects.

iStopMotion 3 has been optimized for the Retina display screen on the Retina MacBook Pro. Additionally, it has enhanced security by being sandboxed and signed with a DeveloperID. Which won’t mean much to you unless you’re buying it from the Mac App Store.

However, there are some things we’d like to see fixed. There’s no DSLR live vivew over USB or non-integer frame support. Apple a filter effect and you can’t go back and change it later. Also, not all cameras are supported so make sure yours is before you spring for iStopMotion.

Still, for the price this is a very good app for taking, editing, and sharing stop motion videos.

iStopMotion 3 is localized in English, German, French, Japanese and Russian. It’s available for US$49.99 USD, with a limited-time, introductory price of $29.99. StopMotion 3 — which requires Mac OS X 10.7.4 or higher — is now available both from the Mac App Store and the Boinx Website (www.boinx.com/). 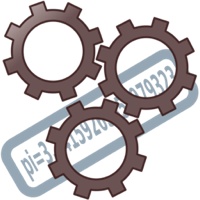