Mobile phone satisfaction among IT service professionals is heavily driven by the device itself — far more than the wireless provider. At least that’s what OnForce (www.OnForce.com) — a source for on-site tech talent in the cloud — uncovered in its recent survey of nearly 900 IT service professionals. And the report shines a favorable light on Apple.

The study, conducted just last month, found that when it comes to overall satisfaction, AT&T and Verizon are in a dead heat, with Sprint a distant third. In fact, only 55% of Sprint customers surveyed are “very satisfied” overall with their mobile experience, compared to 67% of AT&T customers and 66%of Verizon customers.

So why are AT&T customers the most satisfied overall, but disappointed in the carrier’s service? It comes down to the battle between iPhone and Android.
iPhone customers, regardless of carrier, were substantially more satisfied in 10 of 11 functionality categories we surveyed. The only area where Android users expressed more satisfaction than iPhone users was on maps and directions –functionality Apple is improving in iOS 6.

Even more telling are the Net Promoter scores OnForce’s survey uncovered, where iOS came in at 69, well ahead of Android at just 27.

“The Net Promoter results are surprising,” says Peter Cannone, CEO of OnForce. “IT field techs tend to be on the leading edge and often prefer open systems like Linux and Android. However, based on our findings, significantly more technicians are likely to recommend iOS to a friend or colleague than Android.”

From this data, it seems reasonable to conclude that AT&T’s early exclusive deal with Apple has had a very positive impact on overall satisfaction ratings, helping to mask AT&T’s weakness in carrier satisfaction. Fully 67% of AT&T customers use the iPhone, compared to only 33% of Verizon customers.

“Apple’s strength in the mobile market for the IT service community is clearly driven by the experience the iPhone delivers,” says Cannone. “Since AT&T no longer has iPhone exclusivity, the carrier risks losing market share.”

In fact, based on those surveyed, once existing contracts expire, AT&T is likely to lose approximately 10 % of iPhone users to competitors like Verizon and Sprint.

Apple leads, but Samsung’s gaining momentum
Apple continues to be the most popular mobile device manufacturer for IT service professionals, owning approximately 35 percent of the market, but Samsung (currently at 20%) is building momentum.

According to the study, both Apple and Samsung can expect to see a slight increase in market share, rising to 38 and 23%, respectively. That said, the recent patent infringement ruling against Samsung could have a significant impact on the company’s growth and adoption. It’s interesting to note that current Samsung customers had the second lowest overall satisfaction with their mobile phone (BlackBerry was lowest) with only about half of current Samsung users “very satisfied.”

In part, Samsung’s growing popularity seems to be due to the sheer number of options Samsung provides. Among survey respondents who listed an exact phone model, there were 32 distinct Samsung phones — far more than any other manufacturer.

“We’ve seen a steady increase in Android usage amongst our community over the past year, but that could change quickly with new hardware and software developments on the horizon for Apple, and the majority of IT service technicians indicating that their next mobile device will be an Apple device,” adds Cannone. “Regardless, we’ve seen huge demand for our recently launched Android application, which is running on 247 distinct hardware/OS version combinations – further demonstrating the incredible variety of Android devices.” 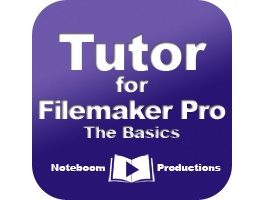