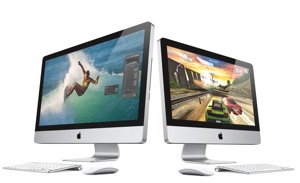 In a note to clients — as reported by “AppleInsider” (www.appleinsider.com) — Piper Jaffray analyst Gene Munster says Apple is looking at a record-breaking September fiscal quarter when it comes to Mac sales. He’s predicting sales of 5.1 million Macs during the three-month period.

Apple’s previous record for the September quarter came in 2011, when the company reached sales of 4.9 million Macs, notes “AppleInsider.” The Mac’s all-time record came in the holiday quarter of 2011, when Apple sold a total of 5.2 million desktops and notebooks.

“iPods Around the World” photos