Samsung won’t have to pay Apple any of the US$1 billion awarded to it by a California jury in a patent infringement trial until next year, according to “FOSS Patents” (http://macte.ch/vvE0P). The hearing on post-trial motions has been set for Dec. 6.

“If approved by Judge Koh, the first item amicably resolves Samsung’s motion to stay the August 24 jury verdict while it may still be overruled in whole or (much more likely) in part by Judge Koh,” Florian Mueller writes for “FOSS Patents.” ” Apple was fine with a stay but originally disagreed with Samsung’s claim that a bond should be waived because a bond over such an amount is costly. The stipulation just says that “[a]ny attempt to execute or enforce the judgment, award, or verdict entered in favor of Apple and against Samsung […] shall be stayed until 14 days after the Court enters judgment resolving all post-trial motions”. Given that the hearing on post-trial motions is scheduled for December 6 and that Judge Koh will need some time after the hearing to write her orders on the multiplicity of issues to be addressed, we’re talking about the early part of 2013 then.”

Oracle releases another update of Java 7 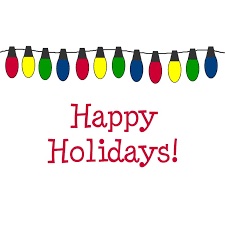