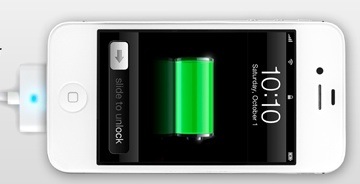 Aleratec has introduced a new line of mobile charging and syncing accessories for devices such as smart phones and tablets with the introduction of the Charge-Glo Sync Cable.

Compatible iPods and iPhones can be charged by connecting the Charge-Glo Sync Cable to a standard USB power source such as a 1-amp USB charge adapter, Mac or PC. Compatible iPads can be charged by connecting the cable to a 2.1-amp USB power source. Like other Apple 30-pin cables, Charge-Glo Sync Cables also support data synchronization for mobile Apple devices.