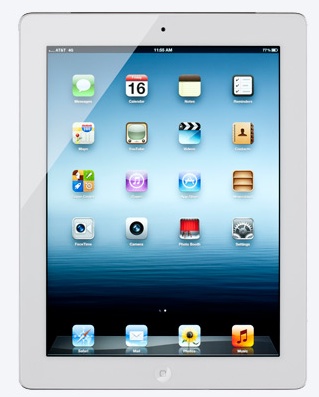 Apple’s iPad and other tablets could have a positive impact on the television industry because viewers who use tablets to watch TV are more engaged in TV shows, according to Strategy Analytics’ latest research (www.strategyanalytics.com) into tablet owner behavior. Maybe I’m a dinosaur, but that’s not the case for me.

The report, “Users More Engaged with Video Consumption on Tablet than on TV,” found that how people choose shows and how they watch them on tablets is very different from how they behave with the traditional “big screen” TV. Viewers are much less likely to be distracted when watching TV shows on the smaller tablet screen.

When they are ‘watching’ TV on the big screen, however, attention is often diverted towards second screen activities. The Strategy Analytics research also observed a clear distinction between the “alpha state’ of TV viewers (deep relaxation) and the “beta state” of tablet viewers (conscious, alert).

“Contrary to fears often expressed, emerging tablet behaviors are potentially good news for TV producers, networks and operators,” says Caroline Park, who manages the Digital Home Observatory (DHO) at Strategy Analytics. “Levels of engagement are significantly higher when people consume video content on their personal tablet compared to the TV screen, and if TV companies play their cards right they should be able to drive additional revenues from this increased viewer focus.”

“Connected multiscreen devices are bringing tremendous disruption to television viewing behavior and, as always, disruption brings both threats and opportunities,” adds David Mercer, vice president, Digital Consumer Practice (DCP). “Technology innovators should work with the television industry and its advertising partners to ensure that the revenue potential of the emerging tablet TV phenomenon is maximized.”

I agree that tablets such as the iPad are now an integral part of the TV viewing experience (which is certainly ripe for a shaking up). However, most folks that I know personally — including Yours Truly — prefer TV viewing on a big screen and in the company of other people most of the time.  So, Apple, feel free to roll out that revamped Apple TV set-top box and/or iTV anytime you wish.