A U.S. District Court Judge has granted Consumer Watchdog (www.ConsumerWatchdog.org ) the right to oppose Google’s record US$22.5 million settlement with the Federal Trade Commission because it allows the Internet giant to deny any wrongdoing.

“Google executives want to buy their way out of trouble with what for them is pocket change and then deny doing anything wrong,” says John M. Simpson, Consumer Watchdog’s Privacy Project director. “Allowing this settlement undercuts the entire regulatory process. Companies and their executives must be held accountable when they violate legal agreements.”

U.S. District Court Judge Susan Illston gave attorneys for the nonpartisan, nonprofit public interest group until Sept. 21 to file an amicus, or friend of the court, brief opposing the settlement. In her order filed late Tuesday she said Google and the FTC would then have a week to respond. The judge said she would hold a hearing on Consumer Watchdog’s request after receiving all the legal papers if she decides it is necessary.

Consumer Watchdog said Wednesday that the proposed settlement is inadequate because it allows Google to deny that it violated an earlier privacy consent agreement. The FTC has charged that Google violated the “Buzz Consent Agreement” when Google claimed it was honoring privacy settings on iPads, iPhones and other devices using the Safari browser but in fact it was circumventing them.

“How can a settlement be in the public interest, when the guilty party gets to deny they did anything wrong?” says Simpson.

Consumer Watchdog had filed a complaint in February about Google violating the “Buzz Consent Agreement” with the FTC after it was revealed how Google was circumventing privacy settings on Apple’s Safari browser.

“Google hacked past a key privacy setting on iPhones and iPads and other devices using Apple’s Safari browser, placed tracking cookies on them and then lied, saying the settings were still effective,” says Simpson. “Clearly it violated its agreement with the Commission. The FTC must hold Google executives accountable for their unlawful actions and not let them make a mockery of the agency.” 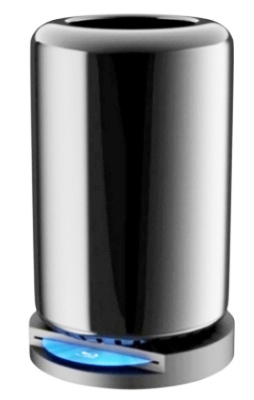