The stage show agenda has now been set for the Fifth Annual CPUG Amsterdam SuperMeet, which will take place during IBC2012 on Sunday, Sept. 9, at the Hotel Krasnapolsky in the heart of Amsterdam.

This “SuperMeet” promises to be the single largest gathering of Final Cut, Adobe, Avid, Autodesk editors, and Digital Filmmakers, Gurus and users during IBC2012. Tickets to the The Amsterdam SuperMeet can be purchased at the SuperMeet web site (http://supermeet.com).

Scheduled to appear on stage will be Michael Cioni, CEO of Light Iron Digital in Hollywood, California. Cioni will lead a discussion in what SuperMeet producers Daniel Berube and Michael Horton say, “might be the most important topic we have ever done at a SuperMeet.”

Berube and Horton add, “Cioni will talk about the changing ecosystem of filmmaking and how it has, and will impact all filmmakers and post production creatives. Everything is changing and if you do not adapt, if you do not embrace these changes, chances are you will be left behind. It will be a ‘must hear’ talk by Cioni that he will premiere at our SuperMeet.”

Blackmagic Design will invite award-winning cinematographer John Brawley on stage to show off the new Blackmagic Cinema Camera and to share his experiences in shooting with this revolutionary new camera and his post workflow using the new DaVinci Resolve 9.

Adam Green of Avid will share the company’s announcements from IBC. Then Filmlight’s Martin Tlaskal will showcase the power of the Media Composer AVX2 plug-in architecture with its latest Baselight for Avid plug-in.

Al Mooney of Adobe will update everyone on Premiere Pro CS6, and share a sneak peak at some future technology.

Rounding out the evening will be a show and tell by a local Amsterdam filmmaker and the “World Famous Raffle,” where currently over 31,000 Euros worth of valuable prizes will be handed out to dozens of winners.

Tickets are Euro15 (Euros) each (includes two raffle tickets) for general Admission and 10 Euros for students and teachers. Pricing will be 20 Euros each at the door assuming any tickets are left as, historically, every SuperMeet sells out. Food (snacks) and cash bars will be available throughout the evening. To purchase tickets and for complete details on the SuperMeet including updated agenda, a current list of raffle prizes and directions to the Hotel Krasnapolsky, go to the SuperMeet web site (http://supermeet.com) 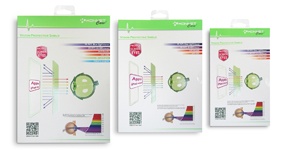