Analyst: media outlets would be wise to team up with Apple

In a note to investors — as reported by “AppleInsider” (www.appleinsider.com) — Barclays Capital analyst Ben A. Reitzes said traditional media outlets should team up with Apple if they want to begin making more money from “small screen” viewing via devices like iPads, smartphones and notebooks.

He says the trend toward “small screen” viewing on portable devices beyond the living room HDTV is providing less advertising revenue to big media companies than traditional “big screen” viewing through cable TV. Reitzes thinks companies should align with Apple on the rumored revamp of the Apple TV set-top box and/or the “iTV.”

“Apple may hold the cards in being the only company that can fully monetize the small screens for big media companies,” he says. “The risk of not partnering with Apple is that as young people may ‘cut the cord’ given the cost of cable that a screen connected to an Apple TV with AirPlay can provide a substantial array of content.” 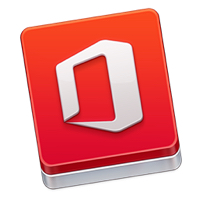 Half of large enterprises to have hybrid cloud deployments by 2017