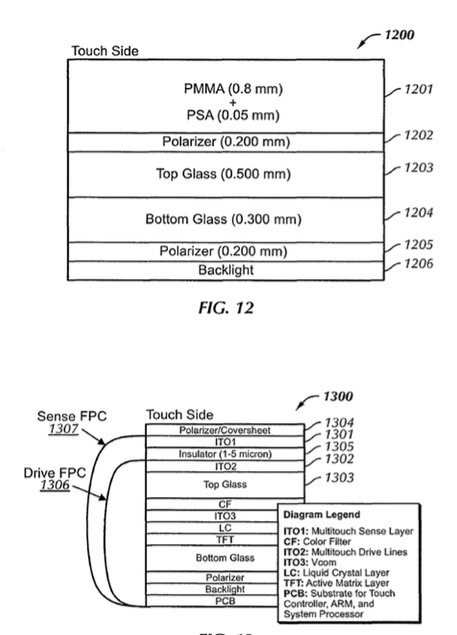 Apple has been granted a patent (number 8243027) by the U.S. Patent & Trademark Office for a touch screen liquid crystal display. Further refinements of the technology are certain to make its way into upcoming iOS devices.

The patent is for liquid-crystal display (LCD) touch screens that integrate the touch sensing elements with the display circuitry. The integration may take a variety of forms. Touch sensing elements can be completely implemented within the LCD stackup but outside the not between the color filter plate and the array plate.

In some forms, one or more display structures can also have a touch sensing function. Techniques for manufacturing and operating such displays, as well as various devices embodying such displays are also disclosed.

Here’s Apple’s background on the invention: “There exist today many types of hand-held electronic devices, each of which utilizes some sort of user interface. The user interface can include an output device in the form of a display, such as a Liquid Crystal Display (LCD), and one or more input devices, which can be mechanically actuated (e.g., switches, buttons, keys, dials, joysticks, joy pads) or electrically activated (e.g., touch pads or touch screens). The display can be configured to present visual information such as text, multi-media data, and graphics, and the input devices can be configured to perform operations such as issuing commands, making selections, or moving a cursor or selector in the electronic device.

“Recently work has been progressing on integrating various devices into a single hand-held device. This has further led to attempts to integrate many user interface models and devices into a single unit. A touch screen can be used in such systems for both practical and aesthetic reasons. Additionally, multi-touch capable touch screens can provide a variety of advantages for such a device.

“Heretofore, it has been assumed that touch screens, whether single touch or multi-touch, could be produced by fabricating a traditional LCD screen, and disposing a substantially transparent touch sensing device in front of this screen. However, this presents a number of disadvantages, including substantial manufacturing costs.” 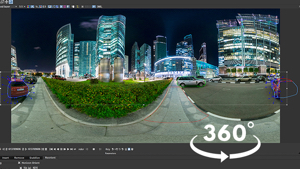