“One of the factors that kept an LTE ‘4G’ radio out of the iPhone 4S was the compromise of the battery-draining next-generation cellular data transceiver. As many ‘4G’ phone owners know, the advanced technology requires a lot of power, even when not in active use. Purported next-iPhone batteries seen in photos and sporting slightly higher specifications than existing iPhone batteries may, if accurate, suggest that Apple has overcome the LTE issue with a modest compromise.” — “MacNN” (www.macnn.com)

“If a battery component leaked to 9to5Mac today is legitimate, it indicates that the next iPhone model will be both thinner and capable of supporting an LTE chip.” — “The Next Web” (thenextweb.com)

“A new feature in iOS 6 will allow apps having trouble with WiFi to switch to cellular data until the WiFi problems have been resolved.” — “Macworld UK” (http://www.macworld.co.uk) 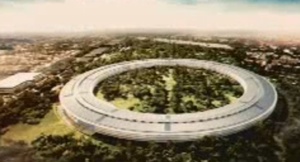