Apple, holograms and 3D tech: what the future could hold

Ben Kunz writing for “Bloomberg Businessweek” (http://macte.ch/rLG6B) thinks that Apple devices will soon project holograms “like you’ve never seen.” Sounds a bit out-there, right? But Kunz may be onto something.

Kunz notes that in November 2010, Apple patented a three-dimensional display system that would “mimic a hologram” without requiring special glasses. The patent notes that one current market gap in screen technology is the ability of a device to project stereoscopic 3D images to multiple viewers at the same time.

Patent number 20118118 is for a 3D display system that would provide a projection screen having a predetermined angularly-responsive reflective surface function. Three-dimensional images are respectively modulated in coordination with the predetermined angularly-responsive reflective surface function to define a programmable mirror with a programmable deflection angle.

Apple’s 3D solution would match a forward-facing camera/sensor that tracks the location of different viewers’ eyes, similar to how Microsoft’s (MSFT) Kinect monitors body movements or new digital cameras recognize human faces, with a screen that can send out beams of light at different angles. Each eye of each viewer receives a different angle of the image, and suddenly Princess Leia would appear to beam out of R2-D2 and float in the air.

Of course, 3D televisions and gaming systems haven’t exactly been hot sellers. So why would Apple be interested? Kunz says there are three reasons:

° “Apple is the second-mover that makes failed first-mover ideas work.” It made the mouse, tablets and other technologies major successes after other companies tried and failed?

° “Apple’s hologram technology will be different — and completely realistic.” Per the patent, the hologram will remain realistic even if you and your friends move around the room, “and you won’t look like a doofus watching it,” notes Kunz.

° “The Apple hologram system would detect who is watching, and be able to display different images to different people.”

If Apple does forge ahead with 3D technology, Kunz is right in that it will be more elegant than any attempted 3D efforts that have proceeded it. And if that happens, I expect to see hologram technology on future Apple branded HDTVs, iOS devices and Macs.

Reporter’s notebook: a long trip down 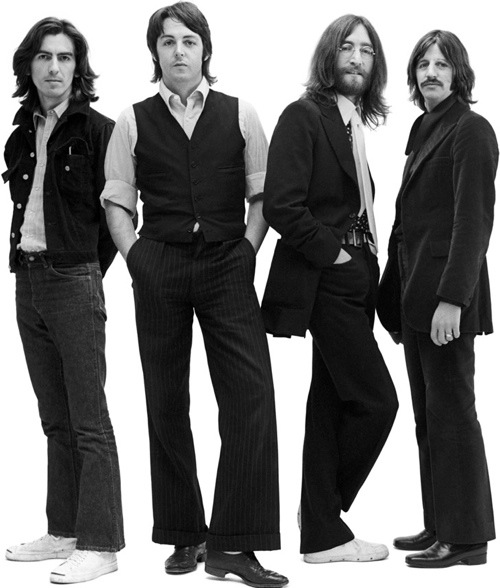 The Beatles come to iTunes