Consumer Watchdog (www.ConsumerWatchdog.org), a consumer protection group, says it opposes the proposed settlement in a class action suit against Facebook for using Facebook users’ personal information in Sponsored Stories advertisements without their consent, saying that deal “is not fair, adequate or reasonable and provides no direct or indirect benefit to class members.”

In a letter to Judge Richard Seeborg, Consumer Watchdog Staff Attorney Laura Antonini wrote that the case, Fraley v. Facebook, currently pending in the Northern District Court in California, offered “a unique opportunity for Facebook users to gain control over the social network’s collection, retention and distribution of their personal information, but the terms of the proposed settlement agreement provide no such meaningful relief to class members.”

“Under the proposed settlement Facebook is poised to continue to misappropriate its users’ personal information without their consent,” wrote Antonini. “Indeed, Facebook recently expanded Sponsored Stories to its mobile platform, an arena where the misappropriation of personal information has far reaching and potentially dangerous consequences; the proposed settlement does not address this major expansion.”

You can read Consumer Watchdog’s letter to Judge Seeborg at http://www.consumerwatchdog.org/resources/fraley_objection_letter_cwd_8-1-12_v.2.pdf . 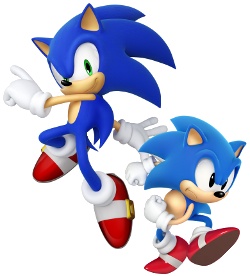 Sonic the Hedgehog coming to the Mac