Google had already launched its Nexus Q media hub device and promised delivery in three days, until they suddenly decided to hold the product back and make improvements that they don’t care to divulge. It could be a software glitch or a defect in manufacturing. At any rate, they are giving the US$300 round, black box device away to customers who had pre-ordered.

The specs didn’t include a ThunderBolt port, which is sort of peculiar as Google is busy launching the 1Gig Fiber experiment using a different media box. The Nexus Q is sort of a warmed-over, spherical, sexy Apple TV hub with a lighted ring. The claim that Apple limited its TV hook-up device to its own network is no worse than the Google Nexus Q, which severely limits function to Google’s sandbox. You can’t even play your own music over the Nexus Q.

The Google Fiber project in Kansas City is now way behind the anticipated launch date, but progress is being made. Google has divided the Kansas City area up into what they call “fiberhoods.” These mapped areas are vying to have the greatest percentage of homes request being hooked up to the new fiber system.

For me, it is a slam dunk idea to dump Dish at $69 and TimeWarner cable Internet service at $49 a month. I would go from a lame Internet system to a screamingly fast service and get a better TV service to boot. If you get the $120 a month TV+Internet service from Google Fiber, you get a network box with a WiFi router, DVR box, 2TB hard drive for storing TV shows, and a free $200 Android tablet.  The proposed $300 installation fee is being waved early on.

WOW! I just replaced my MacBook Pro’s 256GB hard drive with a Crucial 256GB flash drive.Talk about blowing your hair back … it’s like a new machine. I installed Mountain Lion and the new flash drive at about the same time and typical of Apple, my MacBook Pro is improved dramatically. I checked with Crucial directly, and they charge sales tax for Internet purchases in most states.

I bought the same flash hard drive from Amazon and saved both shipping and sales tax. I paid Amazon $194, including the 256GB flash drive with transfer kit. The transfer kit amounts to a USB-to-hard-drive cable with a disk containing the SuperDuper drive transfer software. A note: I had to download the newest version of SuperDuper, since Mountain Lion is 64-bit and the older version of SuperDuper on the disk was 32- bit.

A little bit of breathless anticipation and my MacBook Pro fired up — and the only difference is the blinding speed at which memory is executed. Since I am already maxed out with 8GB of RAM, running Mountain Lion and a flash drive, my MacBook Pro is as up-to-date as it can be.

I am watching the epic games with great anticipation that my team Apple will get the gold metal over Samsung in the trial of the decade, going on now.. As an inventor, I see the validity of the US patent system on trial. If you can’t count on the patent system providing protection from those who steal technology, they ought to shut the Patent Office down and offer refunds for those of us who own patents.  Not only is the patent system broken from a standpoint of enforcement, but even the process of getting a patent is broken.

It now takes so long to get a patent issued, the technology may well be old hat by the time the patent office moves. I have a patent on a solar technology that has languished 2.5 years already without being examined (see www.CottageIndustrySolar.com).

Apple has seen an incredible expense in legal fees with little to show for it so far.  The trial now underway may well be the nuclear explosion Steve Jobs alluded to as he declared Android a stolen technology. Must Apple do the successful R&D for the entire industry and not be allowed to have a monopoly on its own technology?

I am of the opinion the Google/Oracle lawsuit went the wrong way. At the end of the day, industrial secrets may be far better than patents at giving Apple some time in the sun making money on what they invent. No one would have imagined going on three years after the first iPad was launched Apple would still have a 70% market share. 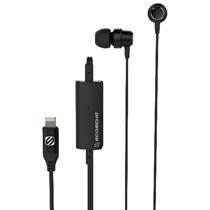