The company says with their groundbreaking combination of sensors, processing power, display and network connectivity, Apple smartphones and tablets include everything needed to function as compact, powerful robotic brains. The technology is already driving stunning innovations in robotics, and Quantum’s leadership is working to position the company to capitalize on the coming wave of highly sought automatons, they add.

“The iPhone and iPad were breakthrough products that created their own market,” says Quantum CEO Robert Federowicz. “The market for these devices didn’t exist before they arrived. We believe the same will soon be said for the incredible robotics innovations using the same technology that are now on the drawing board.”

New products such as Orbotix’s Sphero toy and Parrot’s AR.Drone 2.0 quadrocopter have proven the potential for mobile devices as robotics interfaces, he adds. Quantum International is currently seeking out early stage developers for acquisition and joint venture that are capable of producing new robotics breakthroughs that leverage Apple’s user-friendly mobile technology. For details go to http://www.quantuminnovators.com/investors.html . 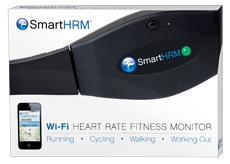