The late Apple CEO blasted Samsung’s intellectual property procedures several times. He even said he was willing to go “thermonuclear” to “destroy” the Google operating system used in many mobile Samsung devices.

Samsung wanted to introduce Jobs’ statements in court as they “speak to Apple’s bias, improper motives and its lack of belief in its own claims in that they are a means to an end, namely the destruction of Android.” However, Apple argued that Jobs’ quotes are an inadmissible distraction, and asked that they be barred from trial. At a hearing in a San Jose, California federal court on Wednesday, U.S. District Judge Lucy Koh said Jobs’ statements weren’t relevant, notes “Reuters.” 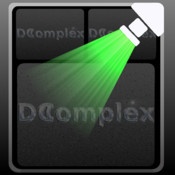 IP Camera Cloud for the Mac is released