Apple has confirmed via its Mountain Lion upgrade page (http://www.apple.com/osx/how-to-upgrade/) that previously published limitations (http://macte.ch/iv08F) on some 64-bit Macs will extend to the final release. This means that several otherwise 64-bit capable MacBook Pros, iMacs, and Mac Pros will be restricted from upgrading to OS X 10.8 when it goes public later this month for US$29 at the Mac App Store.

According to information found in the recently released golden master (GM), the limitation appears to be related to graphics, reports “ars technica” (http://macte.ch/zz8f5).

“Apple declined to tell us the reasoning behind leaving some of these models out of potential Mountain Lion upgrades, but we suspect it is related to an updated graphics architecture that is designed to improve OS X’s graphics subsystem going forward,” “ars technica” writes. “Our own Andrew Cunningham suspects the issue is related to graphics drivers, since the GPUs not supported under Mountain Lion have drivers that were written before 64-bit support was common. 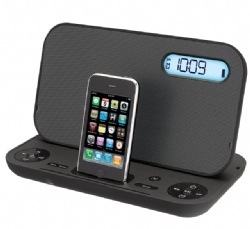 The iP49 is new rechargeable audio system for iPhones, iPods