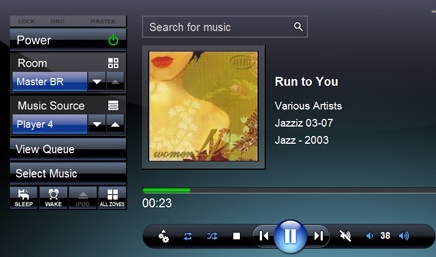 CasaTunes Air (http:/www.CasaTunes.com/Air) works with existing systems to combine wired and wireless solutions into one multi-room audio experience throughout the home. This multi-room music solution can send music to Airplay speakers and receive music from Airplay-enabled devices.

“CasaTunes Air is ideal for retrofit installations and to extend existing systems where customers have maxed out their wired solution but are still looking to add music in more rooms,” says David Krinker, CEO of CasaTunes. “Wireless solutions are also preferred in smaller installations where customers can grow their systems over time.”

With CasaTunes Air customers can stream music from one or more of their iPod touch, iPhone and iPad devices, all at the same time, to any wired, wireless or combination of wired and wireless speakers in the home. Now customers have access to an unlimited selection of music services and music Apps available from the Apple App Store, including iHeart Radio, MOG, Pandora, Rdio, Rhapsody and Spotify, says Krinker. Best of all, customers can simply play music from their iOS devices without every having to switch between the music App and the CasaTunes App, providing a true seamless experience, he adds.