On Friday, Apple will ask a federal judge in San Jose, California, to pull a model of Samsung tablet computer off the market for allegedly copying its iPad design, reports “Fortune.”

In May, a panel of the U.S. Circuit Court of Appeals for the Federal Circuit preliminarily ruled that Apple’s iPad design patent, known as D504,889, was valid, the article adds. Circuit Judge William C. Bryson, writing for the panel, then ruled that the iPad design was likely infringed by Samsung’s Galaxy 10.1 Tab, which came out in June 2011. He ordered the case sent back to U.S. District Judge Lucy Koh to decide whether to pull the Samsung tablet from shelves immediately or wait till after she has presided over a full jury trial, currently scheduled to start July 30. That preliminary injunction hearing is now set for Friday.

“Fortune” notes that, in the same ruling Judge Bryson also preliminarily approved the validity of two of Apple’s iPhone design patents and found that they, too, were likely infringed by Samsung’s Galaxy S 4G and Infuse 4G smartphones — though Bryson affirmed Judge Koh’s earlier decision to order no pretrial embargo on those devices.

Earlier this week, a California court will limit the number of exhibits Apple and Samsung are able to submit when their multifaceted patent infringement case comes before a jury next month.

‘It’s going to be 125 exhibits per side,” said Judge Lucy Koh of the U.S. District Court for the Northern District of California, during a hearing on Thursday. She added each side will be permitted 25 hours of arguments in the jury trial, which will get underway July 30. 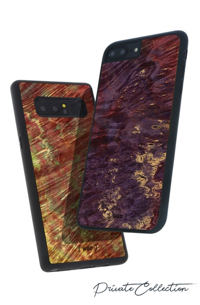