Apple patent is for unlocking devices with a gesture 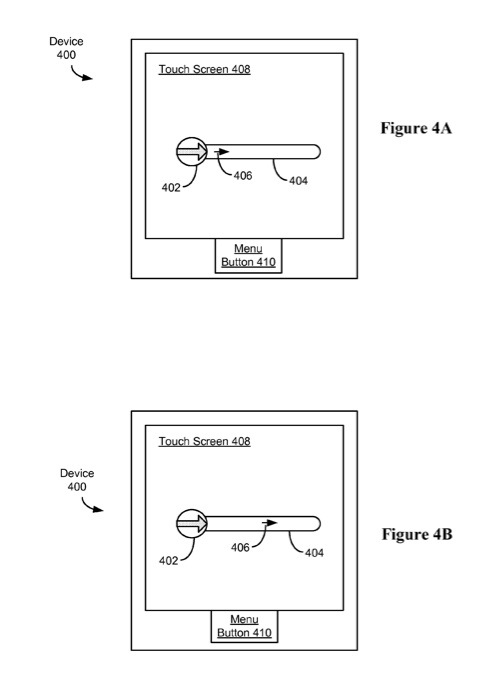 An Apple patent (number 8209637) for unlocking a device by performing gestures on an unlock image has appeared at the U.S. Patent & Trademark Office.

Per the patent, a device with a touch-sensitive display may be unlocked via gestures performed on the touch-sensitive display. The device is unlocked if contact with the display corresponds to a predefined gesture for unlocking the device. The device displays one or more unlock images with respect to which the predefined gesture is to be performed in order to unlock the device.