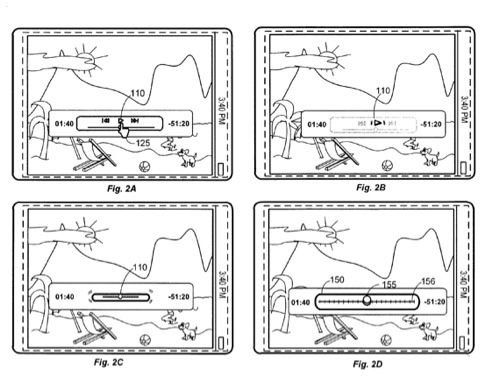 “Some computer applications include knobs, sliders and other controls that can be manipulated by a user through a pointing device or by touch input. For example, graphical objects emulating knobs and sliders of a mixing board or other hardware device can be included in the GUI of an audio or video application. The user can use a mouse or finger to rotate the knob control or move the slider control as desired to control a parameter of the application.”

Gary Flint is the inventor.