“While Apple has major software announcements planned for the upcoming World Wide Developers Conference – including iOS 6, an updated version of iCloud, and OS X Mountain Lion – Apple is also planning some incredible hardware announcements. Not iOS hardware, but Mac hardware. We have already reported that Apple will introduce a brand-new 15-inch MacBook Pro at WWDC with a thinner design, high-resolution Retina Display, and faster I/O, and now we’re hearing that the new MacBook Pro will only make up one component of Apple’s hardware announcements.” “9to5Mac” (http://www.9to5Mac.com)

“A photo posted to Chinese forum Weiphone claims to reveal the specs for an upcoming 13.3″ MacBook Pro revision from Apple. The specs show only minor improvements to the 13.3″ MacBook Pro model with the addition of a 2.5GHz Ivy Bridge processor along with the Intel HD Graphics 4000 GPU. The image also reveals the addition of Bluetooth 4.0 and the faster USB 3.0 standard to the Mac laptop line.” — “MacRumors” (http://www.macrumors.com)

“Google Inc.’s blockbuster map service — which allows web users to find businesses, check traffic conditions and get directions — has helped Apple Inc.’s iPhone become wildly successful. Surging iPhone use has, in turn, driven tons of web traffic to Google’s search engine through Google Maps. But not for long. Mobile map technology is about to become the latest battleground in the two tech giants’ escalating war over who dominates the future of computing. Later this year, Apple is planning to oust Google Maps.” — “Wall Street Journal” (http://macte.ch/Anb1V)

“If Apple releases a smaller, less expensive iPad this September, a new analysis suggests it could be a big success with schools under budget constraints, and students looking for a lighter, more portable iPad.” — “AppleInsider” (http://www.appleinsider.com) 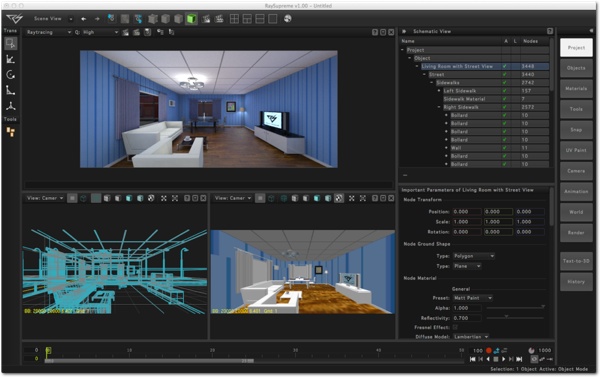