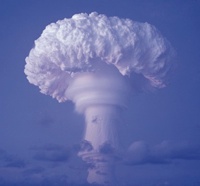 A judge will allow the late Steve Jobs’ “thermonuclear war’ comments about Motorola in an upcoming patent trial between the company and Apple, reports “Reuters” (http://macte.ch/IgfPI).

Jobs told his biographer Walter Isaacson that Motorola had “ripped off the iPhone,” commented “grand theft” and that he was “willing to go to thermonuclear war on this.” In a May court filing, Apple acknowledged that Jobs was “very angry” over Google’s behavior, notes “Reuters.”

“To avoid any potential prejudice to Apple if Motorola attempts to use the book to appeal to the jury’s passion,” the filing says, “Apple asks that the court prevent any reference to the Jobs book during the trial.” In a brief order filed on May 31, Chicago federal judge Richard Posner rejected Apple’s request without explanation, says “Reuters.”

Some, but not all, studios onboard moves in iCloud