Mobile phone users will, in 2016, on average consume 6.5 times as much video, over eight times as much music and social media, and nearly 10 times as much games as in 2011 according to the latest forecasts from Informa Telecoms & Media (http://www.informatandm.com/content).

There will be a big upsurge in traffic for most mobile data services over the next five years, largely driven by the spread of smartphones and a 23% increase in the number of mobile users. And you can be sure that much of this growth will be driven by the iPhone and, to a lesser degree, the iPad.

In 2016, the average mobile user will be browsing six times as many web pages and downloading 14 times as many megabytes of applications on their handset as in 2011.Text (SMS) and picture (MMS) messaging traffic will continue to grow, but at a much slower pace than most other mobile data services. On average, mobile users sent 118 SMSes and two MMSes a month in 2011, compared to the 146 SMSes and four MMSes they will be sending in 2016

Usage of Internet-derived messaging services, namely instant messaging and e-mail, will see higher growth. For example, compared to the global monthly average of 31 mobile instant messages sent in 2011, users will be sending 118 in 2016. The services that put the greatest strain on mobile networks won’t necessarily be the ones that bring the most revenue.

“The top three data guzzlers on mobile phones over the next five years will be applications, video streaming and web browsing — in that order of importance,” says Guillermo Escofet, senior analyst at Informa Telecoms & Media. “Yet, the top revenue earners in 2016 will be web browsing first, followed by P2P SMS and applications. Video streaming will represent less than 1% of mobile data revenue in 2016, despite hogging a third of handset traffic.”

The growth in traffic will far outstrip the growth in revenues. Global mobile data traffic will grow from 3.89 trillion megabytes in 2011 to 39.75 trillion megabytes in 2016, amounting to a tenfold increase. By contrast, global mobile data revenues will grow from US$325.8 billion in 2011 to US$627.5 billion in 2016, amounting to a twofold increase.

Although the revenue pie will grow, the slice kept by mobile operators will shrink. If we exclude data and SMS/MMS — over whose sale operators have a monopoly — the percentage for operators of what users pay for all other data services – anything from downloading a song to making purchases via a mobile wallet — will drop from 56% in 2011 to 41% in 2016. 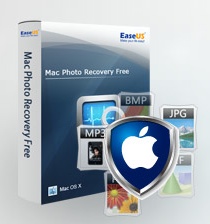