Teorex has announced a new version of Inpaint, its solution for quick removal of unwanted objects from digital photos. The new version’s Multi View feature is based on a conceptually new method, enabling the users to make a “perfect” picture out of several shots of the same scene.

Micromat (http://www.micromat.com) has rolled out TechTool Deluxe 3.1.4, which updates previous versions of the TechTool Deluxe diagnostics utility that tests a Mac’s critical system components, including the processor, RAM, VRAM, hard drive and more. This new version of TechTool Deluxe adds compatibility for Lion, provides a number of fixes for better performance on newer machines and improves localization for non-English languages.

This one isn’t really Mac related, but so you’ll know: Apple has released QuickTime 7.7.2 for Windows, a security update. The patch addresses 17 specific issues. 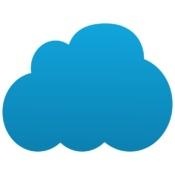 DropShare 3.3 for the Mac can now upload files to Rackspace Cloud Files