I’m expecting Retina display Macs to be introduced at WWDC

Hidden within the latest Mac OS X update (version 10.7.4, released last week) is a Retina-display-caliber icon for Apple’s built-in TextEdit application, reports “AppleInsider” (http://www.appleinsider.com). This makes the possibility of Retina display Macs in the near future even more likely.

In OS X 10.7.3, the highest-quality version of the application’s icon was 512-by-512 pixels, but after updating to 10.7.4, its resolution has been doubled, notes “AppleInsider.” The doubling of pixels in application icons suggest that Apple is planning to introduce new Macs with ultra-high-resolution screens, much like the Retina displays currently found on the iPhone, iPad and iPod touch lineup, the article adds.

I’d also like to see a Retina display iMac. Imagine a 27-inch iMac (my Mac model of choice) with 3840 x 2160 resolution. The current high-end model “only” has 2560 x 1440 resolution. Such a display requires quite a bit of processing power. But a top-of-the-line iMac with Ivy Bridge processors could certainly handle it.

Or perhaps a Retina iMac wouldn’t sport 3840 x 2160 resolution. A “TUAW” article (http://macte.ch/Ex0ar) says that in order to achieve, or even handily exceed, the threshold for a Retina display, Apple doesn’t need to double resolutions on most of its displays. It would suffice to boost a 27-inch Thunderbolt Display or 27-inch iMac from 2560 × 1440 to something around 2912 × 1638.

My prediction is that Apple will introduce Retina display Macs along with Mountain Lion, the next major rev of OS X. Expect to see some exciting new Apple computers be introduced at Apple’s Worldwide Developer Conference, which will be held June 11-15 at San Francisco’s Moscone West. 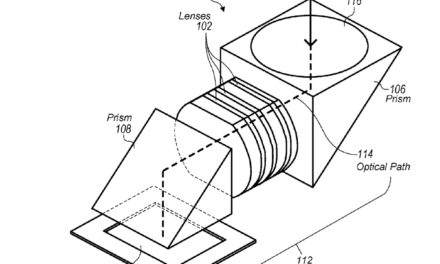 Apple works to improve the camera focus and stabilization on iPhones, iPads